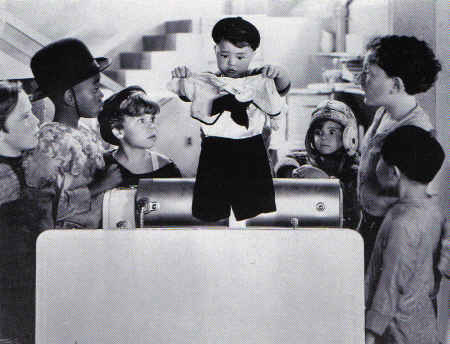 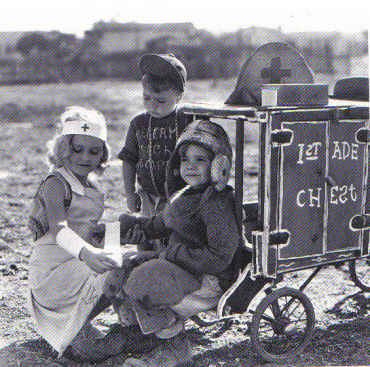 Plot: Wally Albright's mother is having a bridge luncheon for her Maids Of Olympia group in order to be made president, the pinnacle of which she expects will be a violin recital by Wally. Stuck rehearsing in the dress clothes his mother picked out, all Wally can hear is the gang out in the muddy field behind the house having fun playing football. He replaces his rehearsing with a recording (his mother critiquing it as it comes on) and defies his mother's wishes to go have fun and have the time of his life, but time is running out for his recital and his mother is calling. Wally is covered in mud from head to toe after scoring a touchdown, so he sneaks the gang into the house to help him clean up for the recital. Spanky rushes through town in a goat-powered ambulance to get his Chinese friend at the local laundry, making a sound like a police siren to get through the traffic, annoying the surprised traffic officer. Jackie Lynn Taylor and Jackie White spy on the boys through a basement window and see Wally behind the screen, in his underwear! The boy from the laundry shows the boys how to clean clothes; however Wally's freshly clean suit comes out of the modern washing machine, it's shrunk so small it won't even fit Spanky! Wally has no choice but to improvise, showing up for the recital wearing Stymie's derby on his head, and only a lamp shade to cover his underwear, which causes his mother to faint. On top of that, Elmer the Monkey, who belongs to Wally's mother, starts a fight with Pete The Pup and the gang barges in to try to save the day, making things worse instead of better. A call is made for the police and the gang quickly retreats back for the security of the clubhouse. The police never make it. The traffic officer, wise to Spanky's tricks, ignores the siren, and consequently there is a major crash with the cars piling up high. After the crash, Spanky just cruises on by looking up at the accident scene.
Quotes:

Retrieved from "https://ourgang.fandom.com/wiki/Washee_Ironee?oldid=20318"
Community content is available under CC-BY-SA unless otherwise noted.