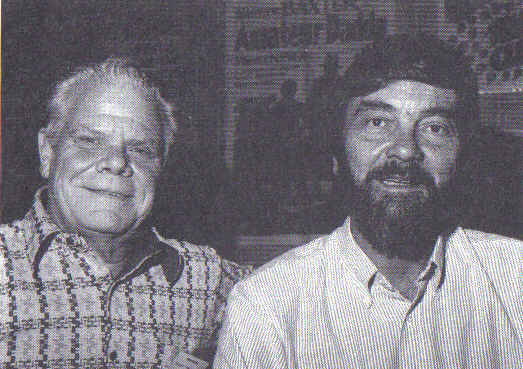 Character: Tommy "Butch" Bond
Birthday: September 16, 1926
Place of Birth: Dallas, Texas
Date of Death: September 24, 2005
Place of Death: Los Angeles, California
First Short: Spanky
Last Short: Bubbling Troubles
Number of Shorts: 27
History: Thomas Bond began as a child model in Dallas, Texas when he was reportedly discovered by Hal Roach talent agents. Another story says he got his start as his mother and grandmother were visiting the studio and he was borrowed for a Thelma Todd-Patsy Kelly comedy. He started out in Our Gang in 1932, but after his contract ran out, the studio neglected to renew it. Part of the reason for this was that Robert McGowan seemed to have his favorites that he liked to keep around and allowed the others to be let go. Afterward, Tommy free-lanced in shorts and features and attended Van Nuys High School, but when the time came to cast the role of Butch in Glove Taps, Hal Roach decided he wanted Tommy for the role, based on his role of a bratty kid in a Charley Chase comedy called "I'll Take Vanilla." Despite his role as Butch that most of his fans knew him for, Tommy was nothing like his character, and he spent a lot of time with George McFarland and Carl Switzer becoming close friends off the set.
After his Our Gang contract ran out for the second and last time, Tommy worked in features and radio, doing some voice work before he joined the U.S. Navy Air Corp, much as Robert Hutchins before him. After his military stint, he returned to Hollywood as a good-looking young man, hardly recognized as Butch with his crew-cut, and got right back into acting, starring most notably in The Gashouse Kids movies with his old buddy, Carl Switzer, who he called "Alfie" after the Alfalfa character, and in two Superman feature films as boy photographer, Jimmy Olsen. Tommy and Alfie stayed good friends until Carl's murder in 1958; for years afterward, Tommy was upset that Alfie's killer escaped justice by claiming "self-defense."
Tommy graduated from Los Angeles State College in 1951 with a Bachelor of Arts degree in theater arts to work in the more stable TV business instead of the uncertainty of movie acting. He was behind the cameras at KTTV in Los Angeles and later moved on to Metromedia's Hollywood Production Center. He married Polly Darling, the former Miss California for the 1945 Miss America Pageant and a country singer with her sister. They had a son, Tommy Bond Jr. and were living on a ranch in Fresno, California in 1974. At the time, Tommy was working as an assistant director and producer in television. He died in 2005 of heart disease.

Retrieved from "https://ourgang.fandom.com/wiki/Tommy_Bond?oldid=20842"
Community content is available under CC-BY-SA unless otherwise noted.