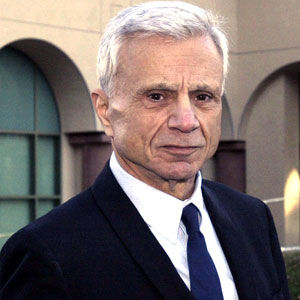 Character: Mickey Gubitosi (Robert Blake's real name)
Birthday: September 18, 1933
Place of Birth: Nutley, New Jersey
Date of Death:
Place of Death:
First Short: Joy Scouts
Last Short: Tale Of A Dog
Number of Shorts: 40
History: Robert Blake was born Michael James Vijencio Gubitosi to an Italian family in New Jersey during the height of the Mafia's rampage through Prohibition-era New York City. In his own words, his childhood was a drag, but instead of calling himself a "child star," he refers to his past as being a "child laborer." His father and sister with him had a song-and-dance called "The Three Little Hillbillies," which flopped. They moved to California to get a fresh start, and little Mickey started work as an extra at M-G-M. It was not until he realized he could say a line better than one of the real actors that he realized he could make money as an actor. His siblings, James and Jovanni, soon followed him into the business.
Sadly, Mickey did not get to to join "The Little Rascals" during the magic and innocence of the Hal Roach years, but rather during the working atmosphere of the M-G-M years. He describes his life during those years as working to support a family. The latter shorts lacked the magic of the "Spanky Years," Spanky himself left the series after having grown too old to stay through the new studio. Mickey became good friends with Carl Switzer who played Alfalfa and even looked up to him for how he handled authority figures, a form of hero worship Tommy Bond blames for the later troubles in Mickey's life. Later Anglicizing his name to Robert "Bobby" Blake, Mickey's character in the shorts was described as whiny and obnoxious, graduating to unconvincing and obnoxious. After M-G-M pulled the plug on futher shorts in the series, Bobby went to star in the Red Ryder series among other projects. He got to work to work with Laurel and Hardy, Humphrey Bogart and Sydney Greenstreet.
At sixteen, Bobby dropped out of the business, later getting expelled from high school after two years and fell under the underbelly of drugs and alcohol. Much of his earnings had supported his family, but under the Jackie Coogan Law, he received a $16,000 nest egg on his twenty-first birthday. He might have turned it into drugs, but instead, he reached a revelation. He bought himself a car and went into rehab to rediscover acting. His personal views lost him a few good roles, but his shattering performance as a death-row killer in "In Cold Blood" earned him rave reviews that led to him gaining the starring role in the Seventies TV Series, "Baretta." On talk shows, he stunned audiences with his candid confessions of his drug abuse between describing his memories in Our Gang. In 1989, Robert was re-introduced to George McFarland through Whoopi Goldberg, a big fan of the shorts.
In 1983, the cast of Saturday Night Live helped Robert to make peace with the ghosts of the "Little Rascals." Julia Louis-Dreyfuss played Darla, Joe Piscopo was Froggy, Mary Gross was Alfalfa, John Candy was Spanky and Eddie Murphy played Buckwheat, later a recurring SNL character.

Retrieved from "https://ourgang.fandom.com/wiki/Robert_Blake?oldid=18031"
Community content is available under CC-BY-SA unless otherwise noted.