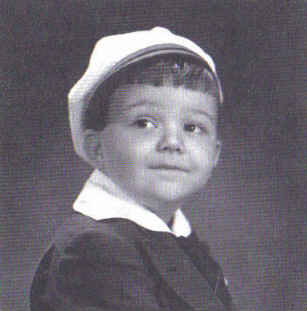 Bio: In his earliest appearance, little Porky looks almost exactly like his big brother Spanky did at his age. He's best friends with Buckwheat, the son of the family housekeeper (Anniversary Trouble), and the two of them follow Spanky and his friends around in mischief and on adventures. They follow Spanky when he skips church to do some fishing in Little Sinner, but the rest of the time, the two of them are relegated to being mere sidekicks, delivering messages, notes and often following their instructions explicitly. When Alfalfa tells them to "keep it under your hat" to Porky in Mail And Female, Porky and Buckwheat think he means to hide the love note to Darla under Buckwheat's cap.
Porky and Buckwheat aren't bothered by any form of racial segregation or prejudice, and the fact that they are different isn't important to them. They like each other, and they get along as friends, playing marbles together and even singing with each other as part of The Four Nitengales in Night 'N' Gales. At one time, they get some firecrackers, but upon discovering the cool new diversion, Alfalfa and Spanky con them out of them, only to get their revenge later. Porky can be a rascal, making noises and scaring everyone after the dark at the schoolhouse in Spooky Hooky. At other times, Porky and Buckwheat have a better grasp of what's going on than the bigger kids, as did Spanky and Scotty Beckett before them, coming to the rescue to save Alfalfa from Butch in Glove Taps and Came The Brawn.
Quotes:

Retrieved from "https://ourgang.fandom.com/wiki/Porky?oldid=19254"
Community content is available under CC-BY-SA unless otherwise noted.