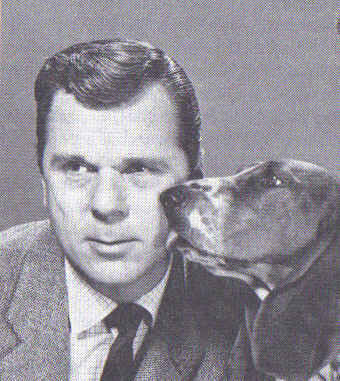 Character: Jackie Cooper
Birthday: September 15, 1922
Place of Birth: Los Angles, California
Date of Death: May 3, 2011
Place of Death: Beverly Hills, California
First Short: Boxing Gloves
Last Short: Bargain Day
Number of Shorts: 15
History: John "Jackie" Cooperman Jr. made his film debut at three years old in the Lloyd Hamilton shorts. His grandmother would take him along as she looked for work as an extra, both of them getting hired for the price of one. His mother was a rehearsal pianist at Fox, and she got Jackie an audition when they wanted a young tyke to sing a song in William Fox Movietone Follies of 1929. This led to Jackie starring in "Sunny Side Up," and Hal Roach signing Jackie up as the new tough kid in Our Gang. Jackie's cousin, Joan Bernhoft, was one of the kids who played additional Munchkins in the "The Wizard Of Oz" (1937).
Jackie left being a Little Rascal to star in feature films. His career flourished through the Thirties, but he left acting to join the Navy during World War Two. Getting back into the business was hard work, and he perfected his craft on stage to come back as a character actor. In his career, he worked with Jackie Coogan, Judy Garland, Wallace Beery, Henry Fonda and Mickey Rooney (formerly Mickey McGuire). He directed and starred in the sitcom, The People's Choice in 1955 which lasted three years. Other TV shows came, but he started doing more and more work as a director behind the scenes. He was vice president at Screen Gems, the television arm of Columbia Pictures, which handled shows like "The Beverly Hillbillies." He tried to revive Our Gang with a new series of Rascals but the project wasn't successful. He crossed paths with Gene Reynolds, who had been a Rascal in Washee Ironee, and gave him a chance to direct. Reynolds returned the favor years later by hiring Jackie to direct a vastly successful of the TV-Series "M*A*S*H."
From time to time, Jackie returned in front of the camera, playing newspaper editor Perry White in the big budget movie Superman in 1978 and its sequels. (The third in the series starred Annabella Logan, who sang "Loch Lomond" in Our Gang Follies Of 1938.) He married twice, and had one child from his first wife, and three from his second. Extremely busy in Hollywood, he helped to present Hal Roach with his honorary Academy Award in 1984; Roach reciprocated at a Friar's Club roast to Jackie a few years afterward. Admittedly, Jackie eventually confessed to having a crush on his Our Gang co-star Mary Ann Jackson, a revelation she did not become aware of until 1990.
Sadly, Jackie passed away May 3, 2011; he was eighty-eight years of age.

Retrieved from "https://ourgang.fandom.com/wiki/Jackie_Cooper_(actor)?oldid=16790"
Community content is available under CC-BY-SA unless otherwise noted.