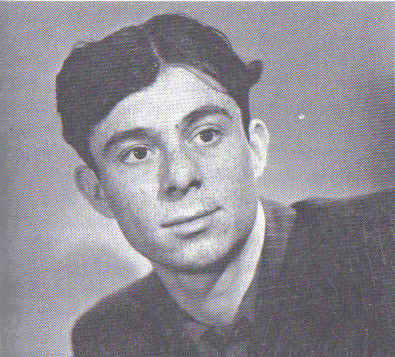 Character: Alfalfa Switzer
Birthday: August 7, 1927
Place of Birth: Paris, Illinois
Date of Death: January 21, 1959
Place of Death: Mission Hills, California
First Short: Beginner's Luck
Last Short: Kiddie Kure
Number of Shorts: 61
History: Carl "Alfalfa" Switzer was lucky to be one of the most famous Little Rascals in the Our Gang series. His image has appeared on almost every form of merchandise or memorabilia devoted to the series, but unfortunately, he never saw the happiness or money from the using of his likeness.
Carl and his brother, Harold, first started getting recognition singing in auctions and functions around his parents' farm in Illinois, but it was a visit to his grandparents in California and an open public audition in the Our Gang Cafe outside the studios that got them into the series. Hal Roach had the boys worked into the next short being made, Beginner's Luck. While Harold's popularity never reached that of his brother, Carl or "Alfalfa" was a hit with his drugstore cowboy act and the trademark cowlick.
On the set, however, Carl was often recalled as impatient and troublesome, leading the rest into mischief. When he got bored, he took the others to invade other sets, such as Tarzan, leading a charge into a love scene being filmed. To get even with a cameraman who was short on him, he talked the others into chewing bubble gum and then put it all into a softball-sized wad jammed into the works. It required taking the camera apart and an entire afternoon to clean every sprocket and gear tainted by the gum. He urinated on the studio lights when he got angry with one director; when it was turned on, the stink drove everyone out. During the filming of Auto Antics, he ruined every scene where everyone was standing around an idling truck, and poor Darla Jean Hood had to be rushed to the hospital when she passed out from the exhaust. He also hated doing his lessons; in a 1950's TV Guide reunion for the Rascals, he swore at Fern Carter, their on-set teacher. Yet, the studio tolerated Carl's increasing antics and did not let him go because he was so lucrative to the series. In fact, there is one account which Darla recalls where as Carl and Clark Gable were leaving out the gates of Metro-Gowldyn-Mayer at the same time, it was Carl who got the bigger fuss. Carl knew he was a big star and was using it.
Of his cast mates, Carl was best friends with Tommy Bond; their families became close friends, and Robert Blake definitely revered Carl for how he handled authority and adopted the same philosophy. Tommy knew Carl as "Alfie" and recalled him as having a short fuse with a violent temper; he could be your best friend, or your worst enemy. George McFarland thought this was because Carl never received any moral center from his parents. Indeed, Carl's parents often fought with the other stage parents over whose child stars should get more screen time. Darla knew Carl was never dull; she never knew what stunt he would pull and she learned to be afraid of him at times.
Once Carl left the shorts, he must have figured he'd be a big star, but possibly because of his reputation, his career started to wane. Between films, he supported himself as a bartender or as a fishing and hunting guide in Northern California. Around Los Angeles, he haunted the offices of movie producers, but being reminded of Alfalfa haunted him forever. He married once to a girl whose father had a farm in Wichita and quickly divorced rather than live a life as a farmer. Years later, after discovering who his father was, Carl's son would seek out George McFarland and his godparents, Roy Rogers and Dale Evans, to learn more about his father. At the time, George had not seen Carl since 1957.
In January 1959, Carl went after his partner over the matter of a fifty-dollar debt in their big-game hunting business, but he must have been in one of his moods because he ended up shot and killed in the altercation. The ex-partner avoided jail by claiming it was justifiable homicide, claiming Carl had come at him with a knife. Tommy Bond disputed that account up to his death since Carl had been shot getting into his car. Much like the Switzer family, he knew "Alfie" never even carried a knife and was often unarmed. According to an interview Tommy gave Leonard Maltin: "He never carried weapons. He would use his fists because he was an old country boy, but when he went coon hunting, I never knew him to carry a weapon."

Retrieved from "https://ourgang.fandom.com/wiki/Carl_Switzer?oldid=19166"
Community content is available under CC-BY-SA unless otherwise noted.